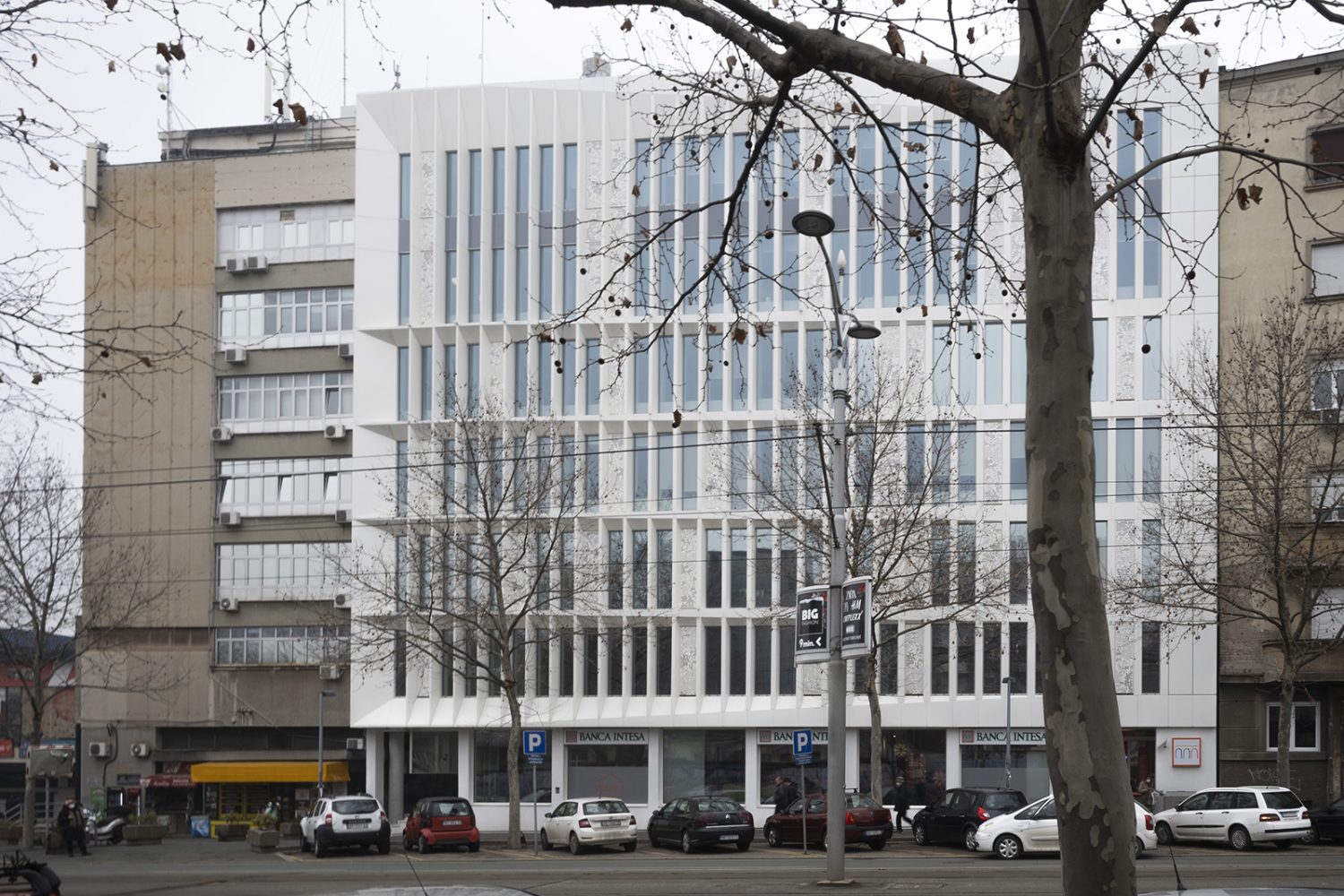 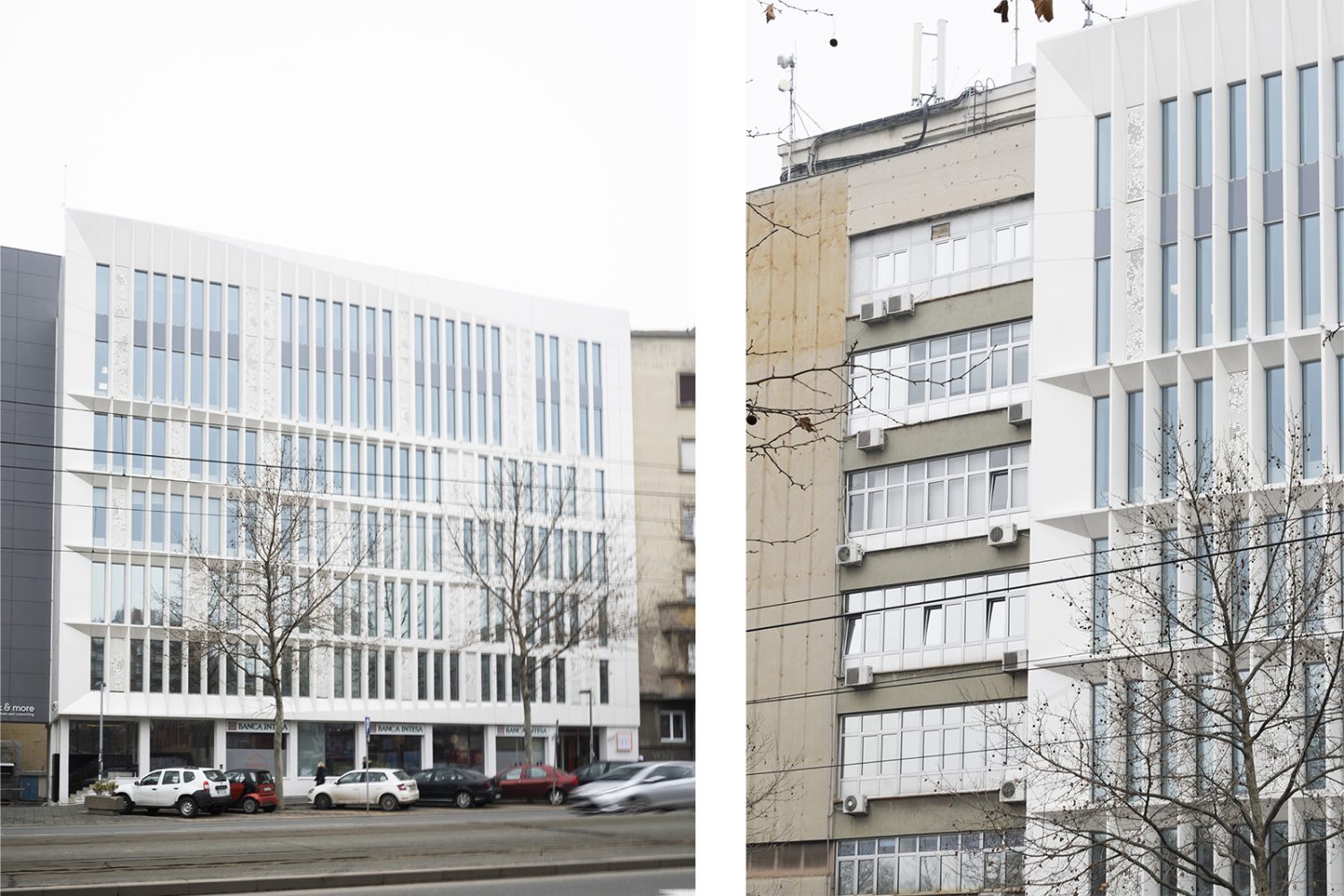 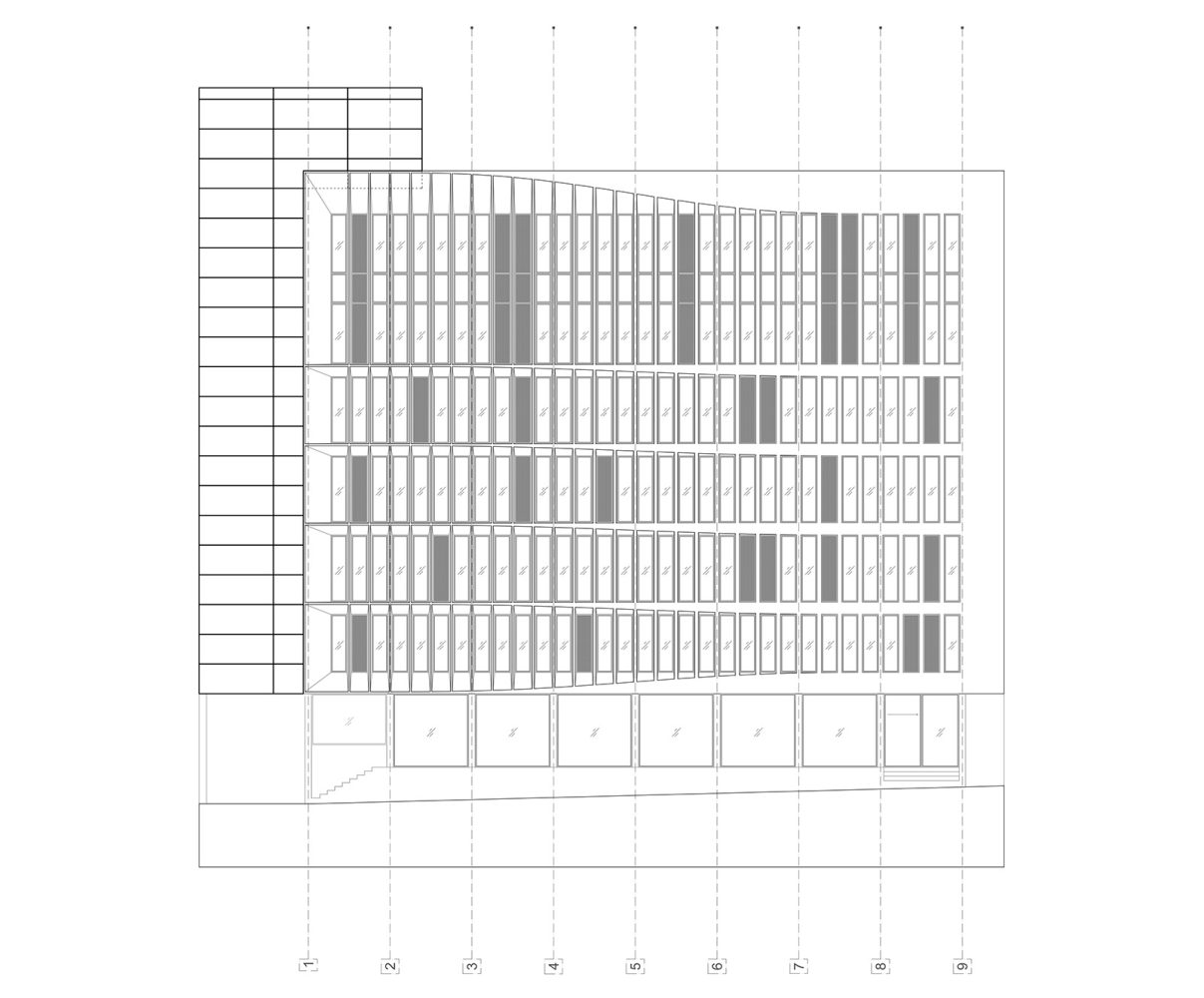 The existing facility has good integration into the environment, and it is a well-designed facility. The main restoration idea was to improve the building respecting the environment. The authors decided to keep the original construction, and to renovate the facade and interior of the building. The main entrance on the ground floor has been completely changed, opened and emphasized. The entire existing facade was removed, as well as the parapets and windows from the ground floor. The ground floor facade has been replaced with a curtain wall facade that gives the illusion that the object is floating. The facade of the upper floors is a double skin facade – triple-glazed windows in one layer and a shading aluminium structure in the other layer. On some of the glazed parts, the second layer of the facade is perforated. New facade has provided both solar shading and additional sun protection as well as interesting shadows in the interior of the building.

Author of the text and the Analysis: