A conservation and enhancement project for the “col vidal’s fort” 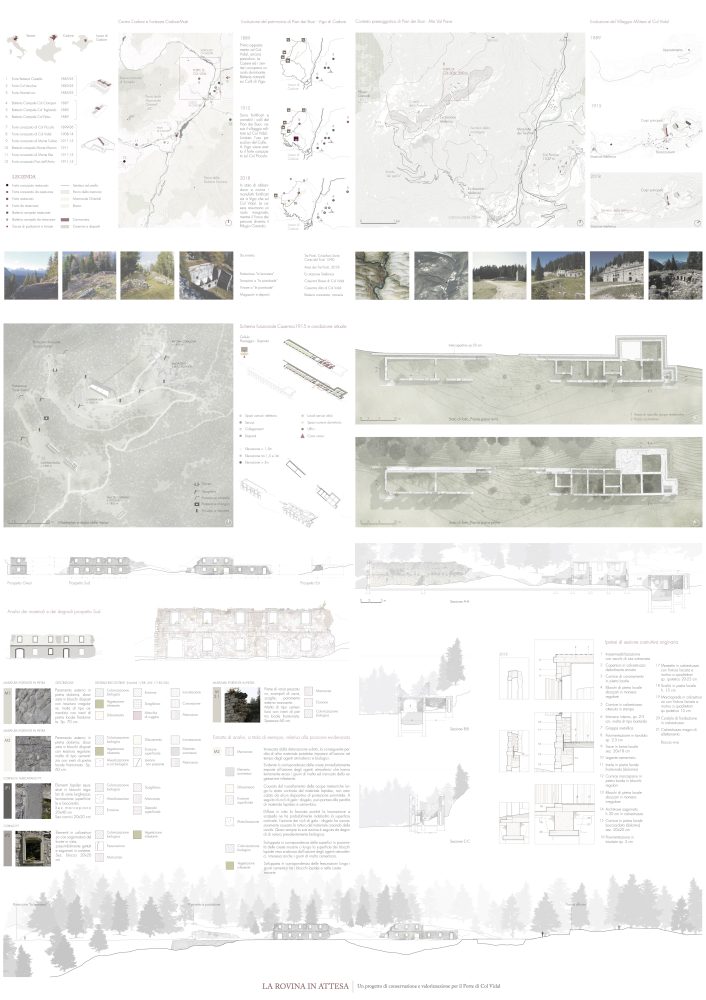 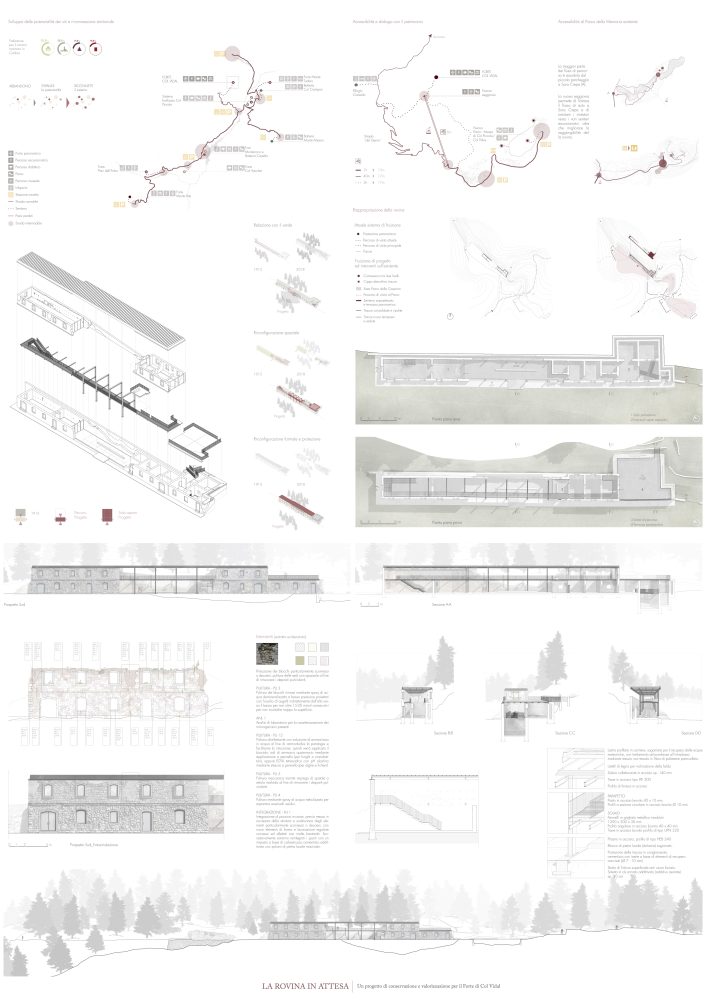 By analyzing the background of the geographical location called “Cadore”, in the area between streams Maè and Ansiei, along the Piave River, the military Fort of “Col Vidal” turns out to be part of a defensive system, which developed in several phases between 1883 and 1917.

This defensive system once known as Stronghold Cadore-Maè.

The dissertation speaks about a preservation work which wants to extend the time-width of the military building and bring back his accessibility without altering the image of the ruin into the natural surroundings.

The project approach doesn’t want allocate a specific intended use to the military fort, as a matter of fact, it shows itself as a simple monument, in which the visitor re-enacts the building’s life through the sign of course of history.

Owing to the traces of the military village, the Fort can be included in the surrounding historical and landscape heritage. In this way it be part of a territorial development planning, that wants to re-qualifying the military artifacts of the Cadore area. Therefore, the military settlements fits into the overall mountain landscape and it also provides the community examples of fortification archeology.

Through the title of this thesis, is the concept of a ruin in the making expressed. The Fort has been shelved between the past and the future to come, its conservation regualates its enhancement and the aim of this project is to redesign the archeological heritage as a whole without destroying.

Original Title: The awaiting ruin. A conservation and enhancement project for the “col vidal’s fort”