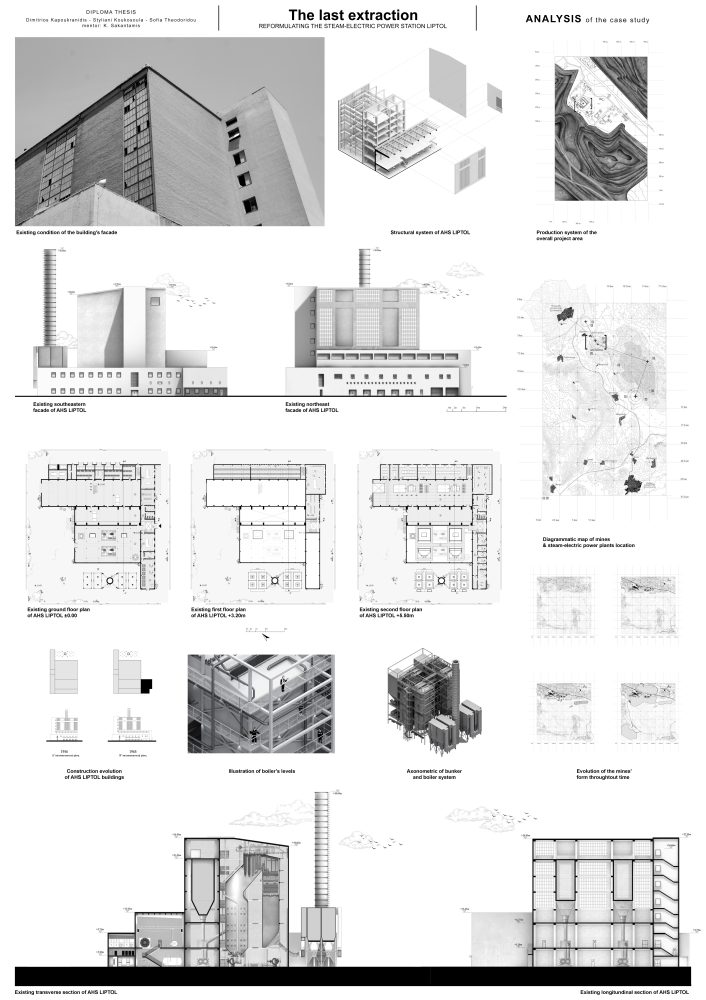 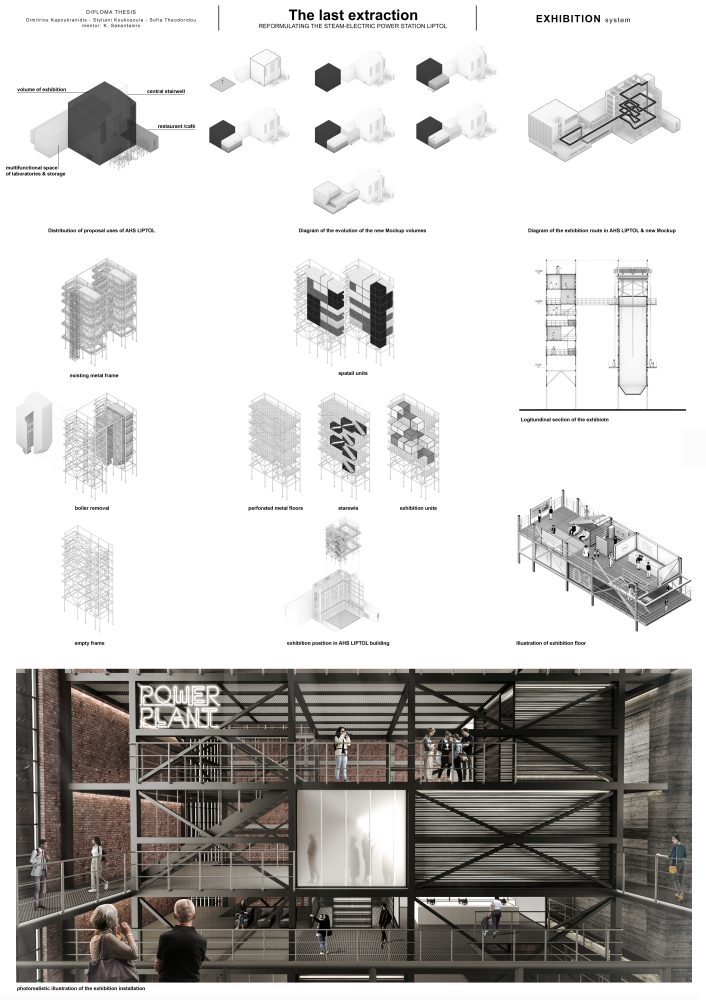 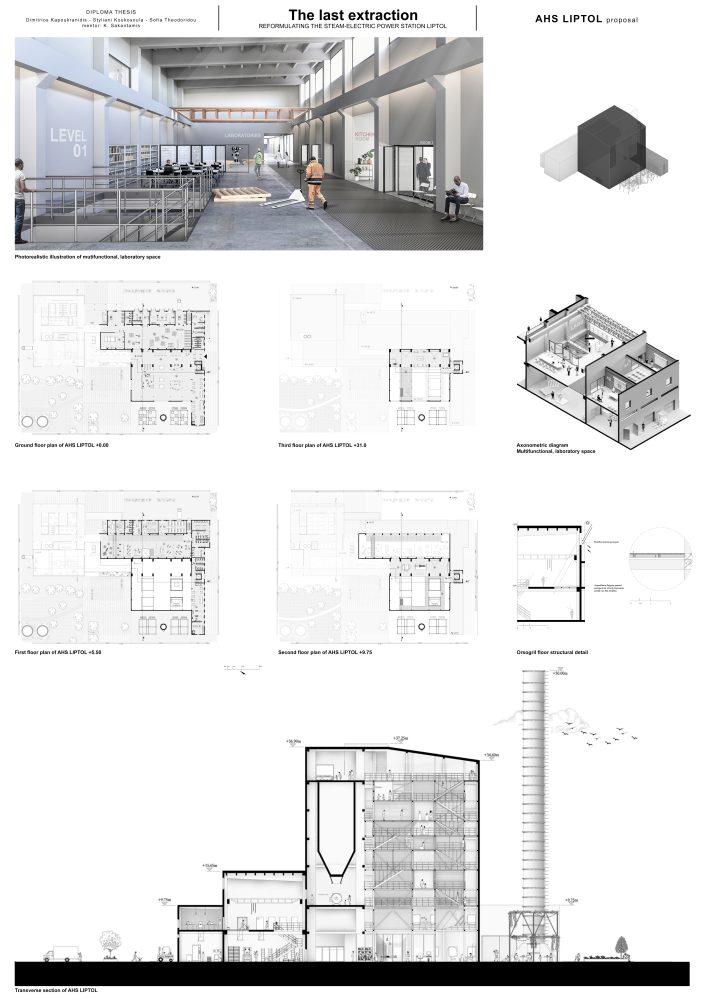 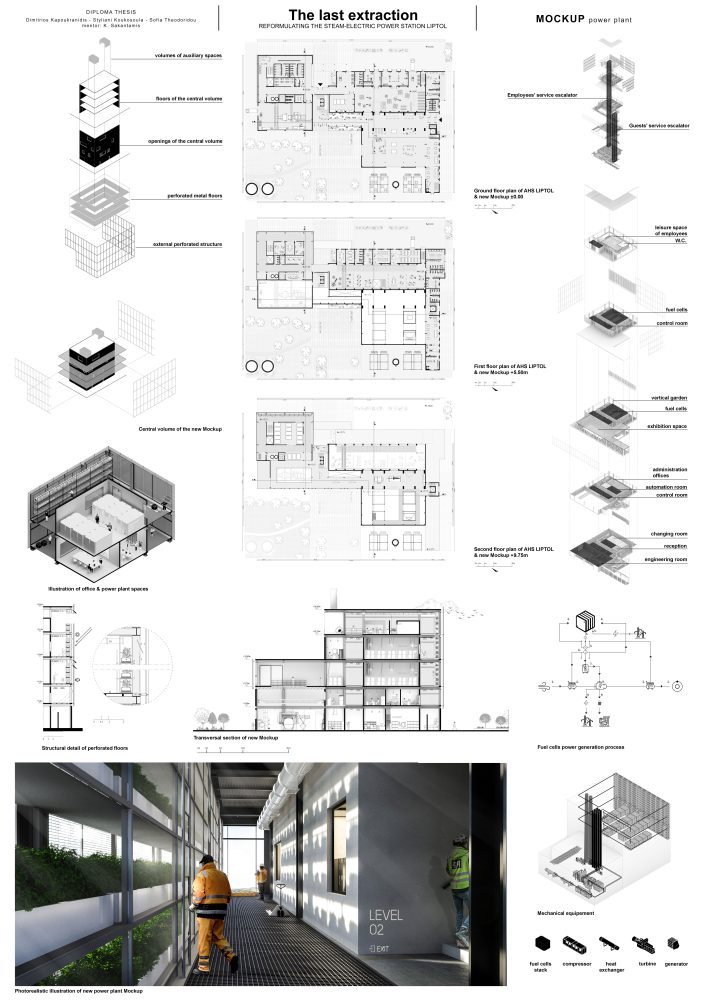 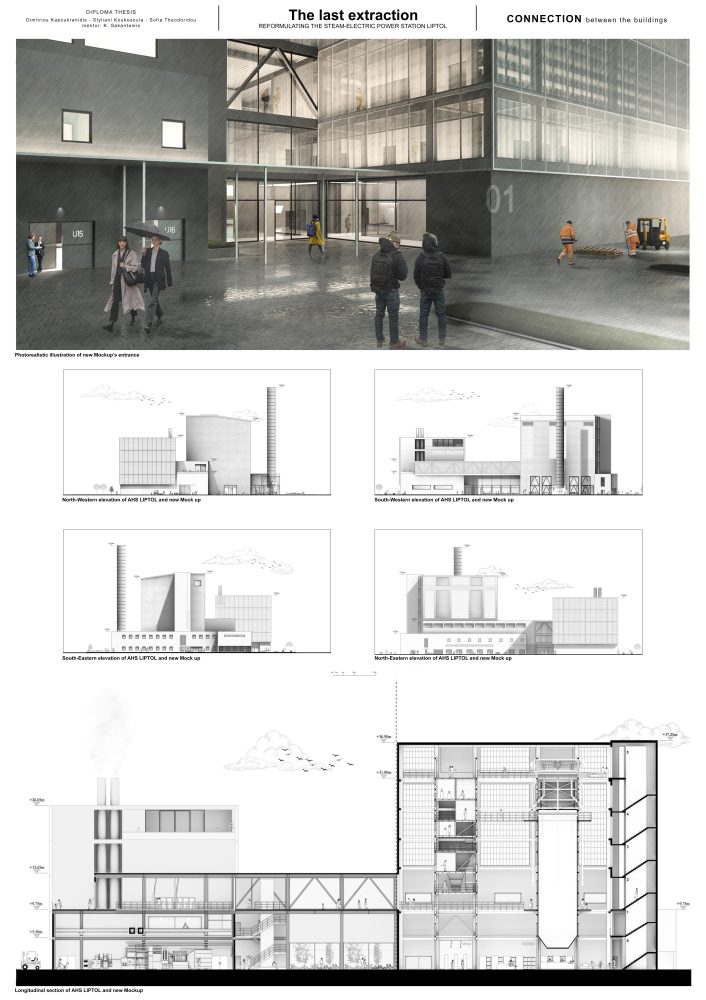 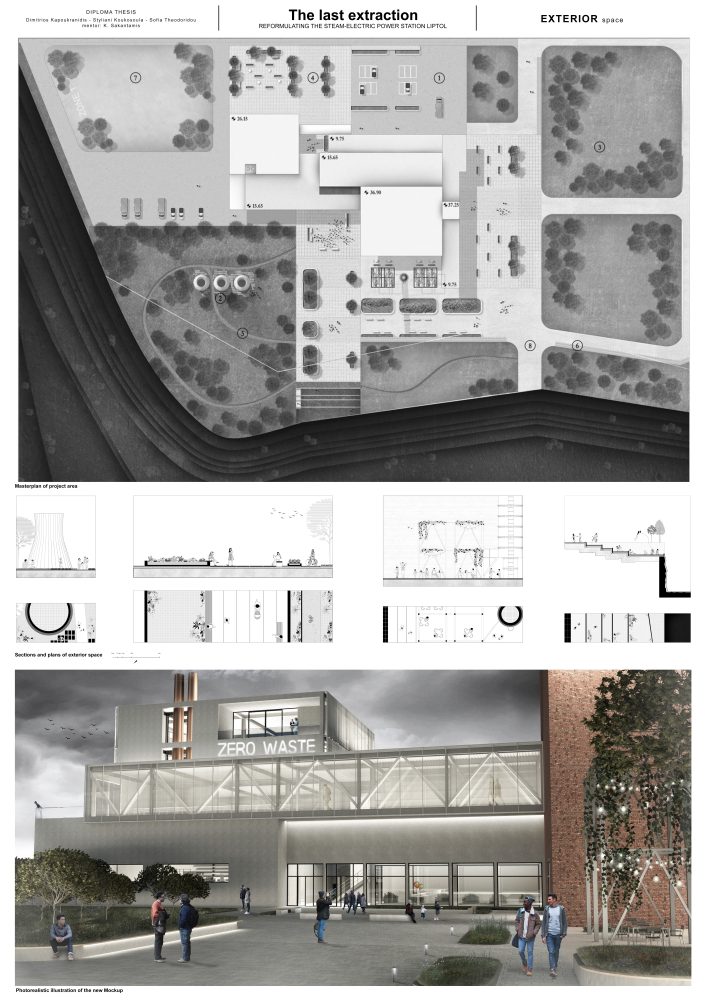 This diploma thesis aims to solve the problems that arise from the delignitisation plan of DEI (National Electricity Company) and deals with the utilization and conversion of a former power station in the lignitic basin of Ptolemaida, an area of ​​cultural interest and promotion of industrial heritage as well as the creation and integration of an innovative power generation model, into a new factory-made Mockup.

In Western Macedonia, there are the largest reserves of lignite, since its territory produces about 2/3 of the electricity for the whole country. Nevertheless, most of the stations and lignite mines in the area are under-operated, having an expiration date, as DEI goes through its delignitisation plan.

This proposal aims at the fair development transition of the affected areas, the protection of employment and the minimization of the socio-economic impacts. At the same time, with the smooth transition to a new energy era, the issue of the emergence of the existing industrial shell and its history is highlighted. So, we are talking about a functionally complex architectural structure that respects both energy production and human living.

For the embodiment of such a structure, the abandoned LIPTOL steam-electric power station is deliberately chosen, which was the first station nationwide. The importance, the influence, the imprint, the characteristics and the typology of the building are a special source of inspiration for the transformation of the former power station, into a fluid and modern environment of coexistence of cultural, educational, factory and laboratory spaces, giving new meaning, strengthening the historical memory and adding this building complex to the architectural map of Greece.

The need for environmental enrichment and restoration of the ecological structure and biodiversity of the study area, leads on  one hand to the demolition of contiguous premises due to their structural alteration and anarchic structure, while on the other hand leads to landscape management as a sequence of successive zones of organisation, uses and forest masses. This results in a series of landscapes with different characters, qualities and uses.

The AHS LIPTOL comes to receive four different uses in each of the different volumes: storage and laboratory spaces, employee service areas, as well as training and catering departments. Finally, the central axis of our proposal – around which the other uses are built – comes to host the exhibition facility.

At the same time, we are led to the creation and integration of a new architectural structure. This structure is evolving vertically with the intention to refer to the existing,

central volume of LIPTOL and to develop a stable and smooth dialogue with it. Overall, the new volume aims to be a new shell with new uses, such as the integration of the new power plant, with the support spaces required, as well as areas for service and relaxation of employees. Repeatedly, the most important part of the new building is that of the exhibition which is the connecting part between the old and the new.

Finally, the whole of our architectural composition organizes the new production unit in combination with the exhibition facility and the other cultural activities, with the harmonious coexistence of man, nature and the machine as the basic and main priority, thus overcoming the established image of a factory.